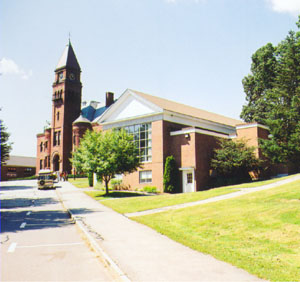 A blend of New England heritage and modern outlook are combined in the town of Derry, New Hampshire. This community of over 30,000 people has a convenient location just off interstate 93. The decade of the 1980s saw tremendous growth. However, a growth control ordinance and new zoning districts passed in the 1990s has slowed development tremendously.

Derry is one of the few towns in Southern New Hampshire with a main street. There is a central business district surrounded by neighborhoods of Victorian era homes. A great chocie for breakfast is  "Mary Ann’s." There are several very good places for dining out located along the main street. Once you leave the downtown area you'll find neat suburban neighborhoods and more rural outlying areas.

East Derry has a typical "Currier and Ives" setting with an ancient white clapboard church, a cluster of federal style antique colonials and a cemetery dating back to the early 1700's. There are many attractive subdivisions and affordable upscale homes located in this section of town. Alan Shepard and Robert Frost were both once residents.

The school system has grown to meet the demands of an expanding population. There are five elementary schools in town. There are two middle schools, "Hood" and "West Running Brook" . Pinkerton Academy is a private institution which serves as the public high school for the towns of Derry, Hampstead, and Auburn. It has an excellent reputation and a beautiful campus setting. It has state of the art facilities including a new science building and performing arts center.

Beaver Lake is located within the town of Derry and a portion of Big Island Pond is located in town. There are a number of recreational and social opportunities available. MacGregor Park has an ongoing schedule of events. The Adams Memorial Opera House provides the backdrop for a variety or plays and arts events.

Shopping is conveniently located within town. There are major national retailers such as Wal-Mart and a wide variety of restaurants.

Overall, Derry has a great deal to offer its residents. It is a vibrant community that has worked hard in the past few years to properly plan for growth. It has become one of New Hampshire's largest towns while still retaining much of the atmosphere of the New England Village it once was.

Derry at a Glance