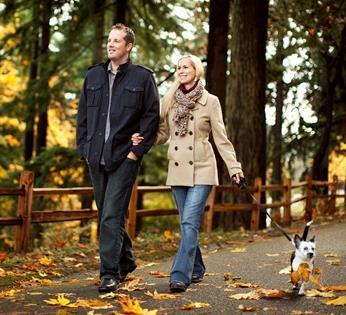 There is a seven-year window for some past Windham NH homeowners--and it's one that's opening, not closing. The 'window' in question is the one that could activate southern New Hampshire "Boomerang Buyers"--which would come as good news for the local Windham and southern NH home sales.

Some background about Windham NH Boomerang Buyers. It's a term coined in the wake of the subprime mortgage fiasco, describing those burned by the housing crisis. They were, on the whole, Baby Boomers and GenXers who were caught up in the Great Recession. For many who became enmeshed in the effects of the nasty confluence of the cliff-dive of the subprime mortgage bond market and collapse of residential valuations that swept the nation, foreclosures or short sales became, literally, offers they couldn't refuse. Not only did the bitter aftertaste leave many with a spoiled appetite for homeownership, but the damage done to the credit ratings of millions made that a moot point: they had fallen off the scale when it came to qualifying for a new mortgage.

But that was then; this is now. It's a now that, in RealtyTrac Newsroom's breathless phraseology, "the first wave of...homeowners who lost their home to foreclosure or short sale during the foreclosure crisis are now past the seven year window they conservatively need to repair their credit and qualify to buy a new home."

Soon, more and more Boomerang Buyers in Southern NH will be in the clear, if they choose to be; and they are only the first wave. "Nearly 7.3 million potential boomerang buyers nationwide will be in a position to buy again from a credit repair perspective over the next eight years," says Newsroom. Bankrate, the mortgage and financial advice website, sees the group as particularly well-qualified. They quote a broker in North Carolina to that effect: "If you've been through a foreclosure, you've already been a homeowner...you know the process. You've been through hell sometime in the last seven years..."

That word 'sometime' is apt, because the seven year period has been anything but uniform. Guidelines for that "waiting period" have sometimes been three years for FHA qualifiers, or even shorter for portfolio loans that lenders keep on their own books. But whether it's three or seven years, the clock usually starts ticking only when a foreclosure has been completed. But according to FICO, although a foreclosure remains on a credit report for seven years, "the negative impact will fade as time passes."

For potential southern NH Boomerang Buyers still waiting for a foreclosure to disappear altogether from their credit reports, there are other routes that can lead to a homeownership reboot. For more on buying or selling, I'm always pleased to sit down and discuss some of the great opportunities in our current market!